Kangaroos are an iconic and unique feature of our country, but they can be responsible for some pretty horrific road collisions. In this article we will discuss kangaroo-related car accident statistics in Australia, including: 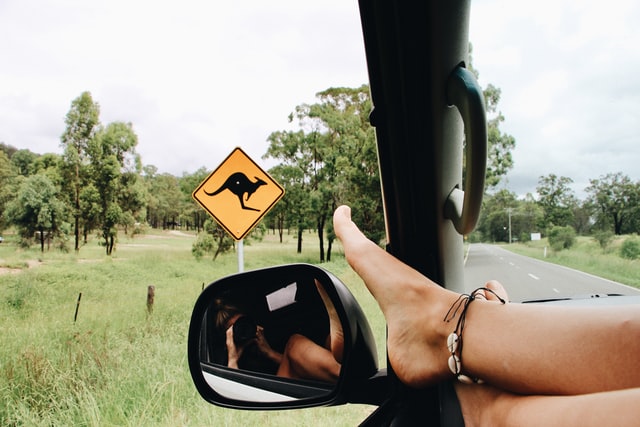 As at 2019, kangaroos and wallabies account for a staggering 90 per cent of animal-related crashes in Australia, with animal collisions accounting for 5 per cent of fatal crashes overall.

Human injuries are rarely a product of kangaroo-related car accidents but are highly more common in motorcycle collisions, with motorcyclists making up half of the fatalities.

Most vehicle/kangaroo collisions occur at night, between 5pm and 10pm*.

Why do kangaroos cause car accidents?

Kangaroos are essentially the Southern Hemisphere’s equivalent of a deer: they often come out at dusk, when road visibility is weaker, and have strong bodies that dart across roads at a quick speed.

Kangaroos are usually in rural areas, meaning vehicles are likely driving at a higher speed limit. If a car driving at 100km/h sees a kangaroo from the corner of their eye getting ready to bound across the road, it’s already too late to safely avoid it; and typically everything is moving so fast that the driver won’t notice the kangaroo in the first place.

The most serious accidents occur when a driver has attempted to avoid a kangaroo and experiences another major collision as a result. Between 2001 to 2005, 42 per cent of animal-related fatal accidents in New South Wales were a product of drivers swerving to get out of the animal’s way.

Over the past 20 years, New South Wales has consistently seen the highest numbers of kangaroo-related car accidents. Data reported in 2019 shows that 85 per cent of animal strikes in New South Wales involved a kangaroo; similar figures were found in Queensland and Victoria.

Between 2001 and 2005 New South Wales reported 6,423 kangaroo-related crashes. In 2018, the NRMA reported a 20 per cent increase on claims received from the previous year, with 14,500 claims. As at 2019, the worst areas for animal strikes in New South Wales are Armidale, Dubbo, Goulburn, Mudgee, and Muswellbrook.

Within the same 2001 to 2005 period, Queensland reported the second-highest figures of kangaroo-related collisions with 3,197. The highest animal strike areas are Goondiwindi, Middlemount, Moranbah, Roma, and St George. In Victoria, the highest risk areas are Greater Bendigo, the Macedon Ranges, Wellington, Whittlesea, and the Yarra Ranges*.

In 2011, kangaroos were also the leading cause of collisions in Western Australia*. South Australia reported 519 kangaroo-related accidents within a single year (519). Between 2001 and 2003, the ACT reported 710 accidents. Tasmania and the Northern Territory do not experience as many kangaroo car accidents, with Tasmania reporting just 11 between 2006 and 2007 and 36 in the Northern Territory over five years*.

While in many cases animal collisions are unavoidable—particularly on rural roads—there are some things you can do to prevent these sorts of crashes. Always drive slowly and carefully in low visibility areas, and read our “How to avoid hitting kangaroos” article for more information.