Statistics on speeding in Australia

Speeding is the biggest killer on Australian roads, and accounts for many of our country’s fatalities and serious injuries. Before you get behind the wheel it’s essential to be aware of the risks involved. Here we have compiled a comprehensive overview of speeding statistics in Australia, including: 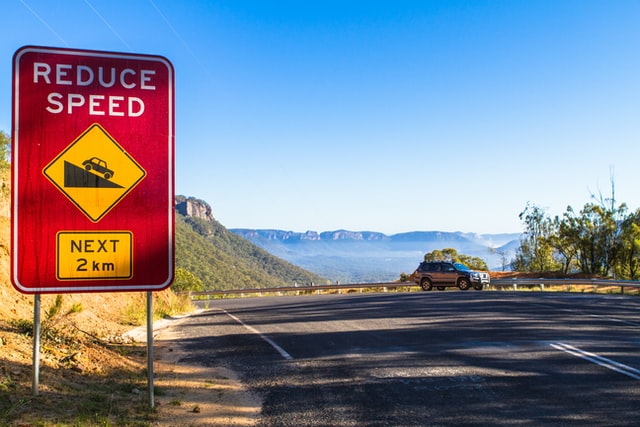 Speeding statistics in Australia: an overview

Speeding statistics in Australia by state

The ACT has the most expensive speeding tickets in the country for speeds less than 10km/h over the limit. Statewide, the ACT consistently has the lowest road deaths, and is generally considered the safest state to drive in Australia*.

In NSW, driving too fast is the biggest contributing factor to major injuries and fatalities on roads, with consistent speeding being a key contributor to 41 per cent of road fatalities and 24 per cent of serious injuries every year. This accounts, on average, for 150 annual deaths and 1,270 grave injuries. Between 2015 and 2019, 743 people were killed and 6,372 seriously injured in speeding incidents*.

While the Northern Territory has a small population, its isolated roadspoor traffic regulations, and higher speed limits have made the state infamous for serious crashes, particularly speeding-related ones. From 2016 to 2017, the rate of road death was four times higher than the national rate*. However, the NT has seen a significant reduction in deaths, from 53.1 road fatalities per 100,000 people to 20.22*. Between 2011 and 2020, 28.2 per cent of fatal car accidents were speeding-related*.

Speeding-related fatalities and injuries cost the Queensland government approximately $3.2 billion each year. In 2019 48 people died as a result of speeding, accounting for 22% of Queensland’s road fatalities*. On average, 56 people are killed and 317 injured each year in Queensland because of speeding. 56 per cent of Queenslanders admit to speeding on over half of their long-distance drives*.

Speeding is the biggest culprit of fatalities for Tasmanian passengers, drivers, and pedestrians. Half of Tasmania’s serious casualties occurred on roads with speed zones of 100km/h or 110km/h. Research from the Road Safety Advisory Council found that 32 per cent of drivers found it acceptable to drive 5 to 10km/h over the limit, and 13 per cent thought it fine to drive 10km/h over the limit on an open road if you were an experienced enough driver*.

Speeding is a major contributing factor to all car accidents on Victorian roads. In 2012 the state recorded 282 road deaths, with speed consistently influencing those fatalities.

Speeding is the biggest killer on Western Australian roads, with 47 per cent of fatal crashes in 2020 being in 110km/h speed zones. From 2016 to 2020, 1662 people were killed or gravely injured as a result of speeding*. WA issues some of the lowest fine rates in the country for speeding.

Speeding statistics in Australia by demographic

Unsurprisingly, drivers between the ages of 17 and 25 are the most affected by speeding, both in fatal and non-fatal incidents. Speeding kills more young drivers than any other reckless behaviour on the road. 80 per cent of young drivers killed are male. One-third of all drivers and riders in fatal speeding-related accidents are males aged 17 to 25, whereas 6 per cent are females aged 17 to 25*. 18 to 24 year olds are also twice as likely to be hit with a speeding fine than the rest of the Australian population*.

Research conducted in Queensland found that in the state, speeding only shaves 77 seconds off your commute. Whether you live in Queensland or not, it’s likely that this data is reflected in most of the country; it’s never worth risking your life, or the life of others, to get somewhere a little quicker. Read our “Car crash statistics Australia” article for more information on how to practice safe and defensive driving.