What is the average cost of fixing a car dent?

One of the most common questions we are asked here at DingGo is: what is a ballpark estimate for fixing a standard dent in my car? Unfortunately, there’s no such easy answer. It’s always difficult to create an overall average for the cost of car dents, because so many different factors affect their price. How deep is the dent? Is it localised, or are there many? And is the dent so severe that the panel needs to be repainted? Below you will find a variety of car dent cost estimates, including: 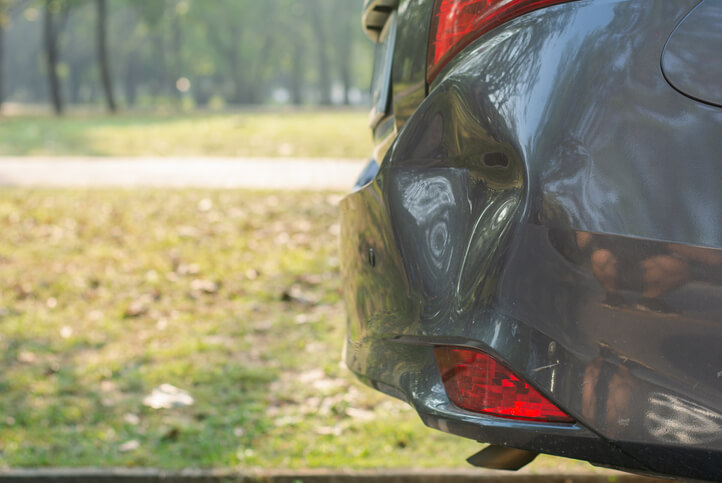 While you can assess the damage to some extent yourself, take your car to a technician as soon as you notice the dent—they can tell you exactly what type of repairs you will need.

What is the average cost of fixing a car dent using Paintless Dent Removal?

Paintless Dent Removal (or PDR) is the most efficient, cost-effective way of removing a dent from your car. If your car has a localised dent that isn’t too deep, and therefore not creating the need for a new paint job, PDR is the option for you. PDR is cheap and quick; you’re in a pretty ideal position if your car has been damaged and a technician tells you that the PDR approach is all your vehicle needs.

Not only is PDR super convenient, it also offers some long-term benefits: it’s environmentally friendly, using neither filler nor paint spray, and a PDR dent will never resurface. Read our “Paintless dent removal cost” article for more information on this method.

You can expect PDR to cost, on average, between $150 and $250 for each damaged panel. Expect the cost to increase by a significant margin if, for example, the point of impact is particularly large, or the location of the dent makes it a more complex task for the technician. A dent of this nature could cost more like $450 to fix with PDR.

What is the average cost of fixing a car dent using other panel beating techniques?

If Paintless Dent Removal isn’t an option for you, there are many other panel beating techniques that a specialists can use to fix that pesky car dent. They will most likely apply a special filler to repair the dent.

There is a chance that the technician will need to remove the damaged panel from your vehicle to repair it because of the complexity of the dent. If this is the case, it will raise the cost. Price points will also increase if not one, but multiple panels are damaged by the same dent[1].

Below are some panel beater cost estimates for different dent types and locations.

A small, isolated dent that nonetheless requires the door to be painted, and surrounding panels blended, will cost $450 to $800.

When the dent is large and there is damage to multiple panels—say, the guard, bumper, and bonnet—it will cost between $900 to $1700.

What is the average cost of fixing a car dent that has been caused by a hailstorm?

Hailstones are one of the most common causes of car dents, particularly in Australia’s erratic and ever-evolving climate. Hail damage repair should only require Paintless Dent Removal to fix; however, the average cost depends on whether your car was damaged by the odd hailstone, or a total barrage of them.

A small hail dent, for example, could cost as little as $80 to $200. If multiple panels are affected—rendering the damage much more complex than an isolated dent—it can cost up to $15,000, and your vehicle can be off-road for a few weeks rather than a few hours.

Sometimes there’s nothing you can do to prevent your car from being damaged. Luckily, a dent—especially a localised one—is more often than not an affordable fix that will have you back on the road in no time. Use our quick quotes service to find the best technician for your needs.